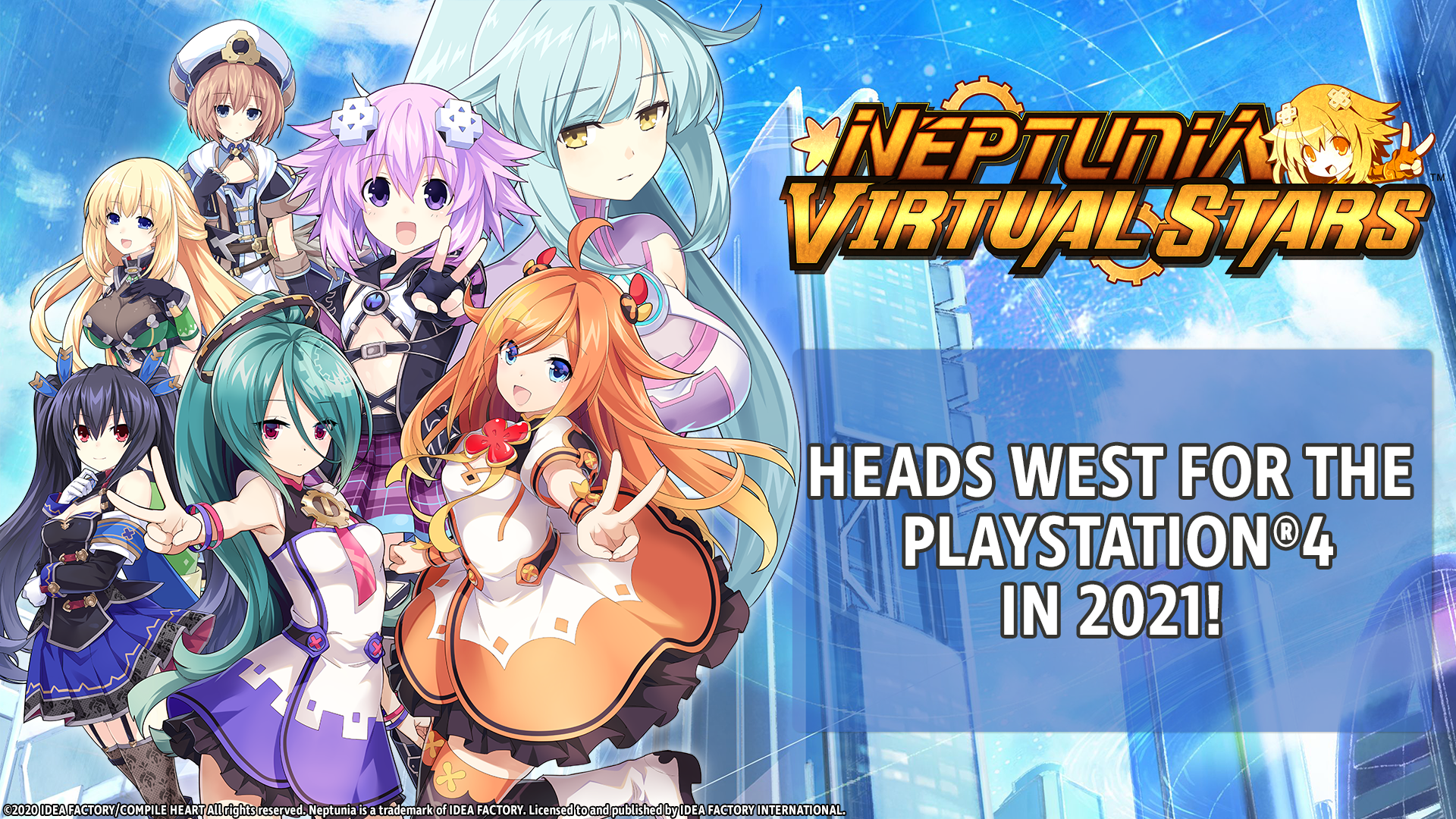 The Goddesses and virtual stars team up to take down the Anti! We are excited to announce that the music-based hack ‘n’ slash game, Neptunia™ Virtual Stars, will arrive physically and digitally for PlayStation®4 in 2021!

Story
In a dimension called Virtualand, the virtual planets that exist within it contain an extraordinary ability to produce a commodity known as content. Of these celestial bodies is a tranquil planet known as EMO. This was the latest target of a nefarious group whose sole purpose is to destroy content created by virtual planets... Anti. Their decimation of EMO has left its citizens hopeless.

Just then, VTubers, popular live-streamers from Earth, were suddenly transported to Virtualand. Because VTubers possess an affinity for creating good content, they were obvious targets for Anti, who quickly captured them and turned them into data pockets known as V Cubes.

Fair, the Virtual Goddess and leader of Planet EMO, sent out a distress signal to multiple dimensions in the hopes of a miracle. Two groups received the signal - the rising VTuber stars, Mi and Yu, members of MEWTRAL, as well as the Goddesses of Gamindustri: Neptune, Noire, Blanc, and Vert. Both parties, now entering unfamiliar terrain, decide to team up to duke it out against Anti! Can they band together and save planet EMO from complete destruction?

Feel the BeatTik Rhythm – Team up with real-life virtual YouTubers and get fans riled up in BeatTik rhythm game performances to save the planet!

BGM got me going! - Background music can help or hurt you in special boss battles, changing battle conditions and even unlocking coordinated finishing moves.

Cheer up with VTubers – VTubers can randomly join you during battle to help! With their support, they can cheer you on during play and even provide you with a special prize if you make their dreams come true! 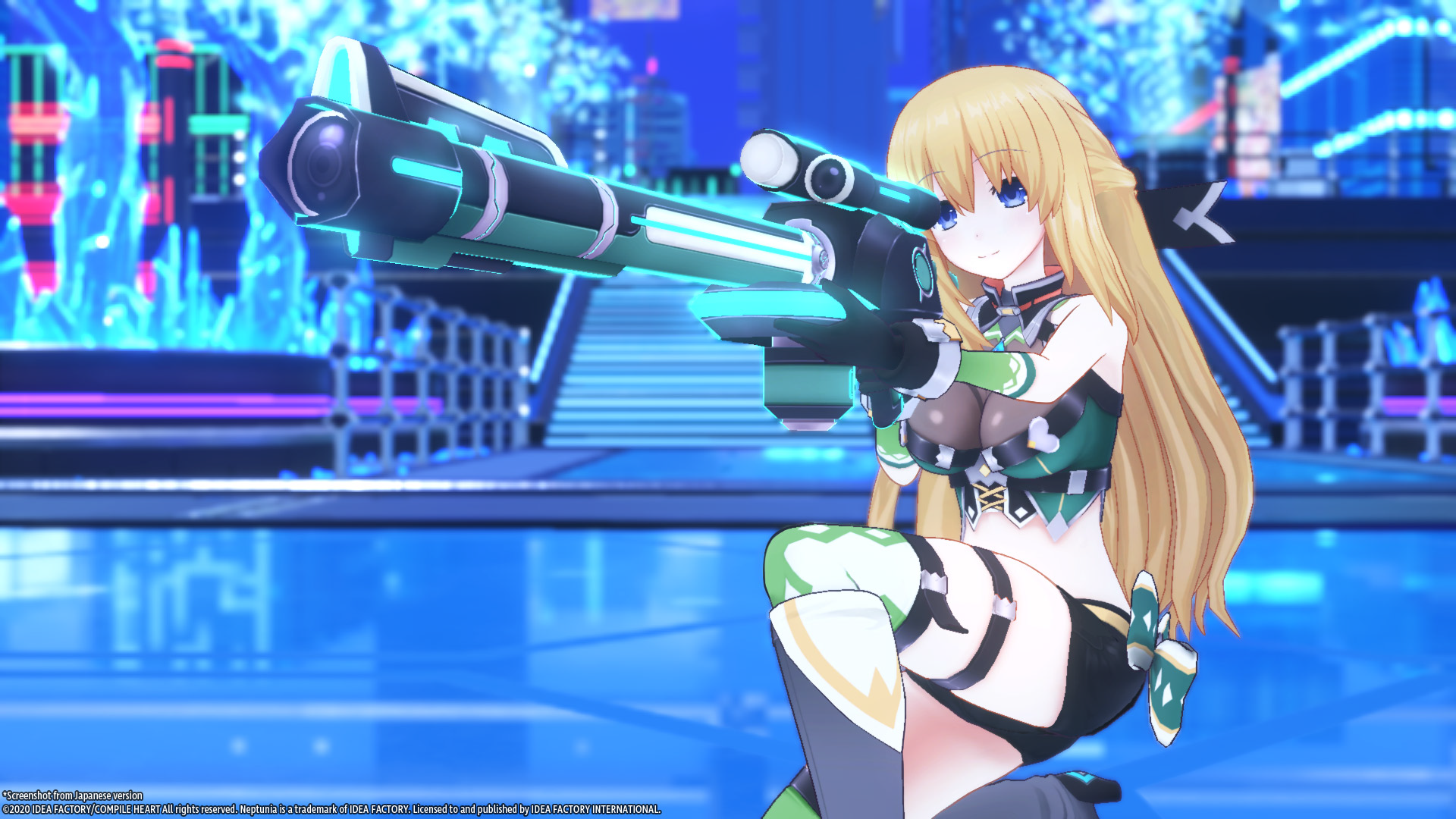 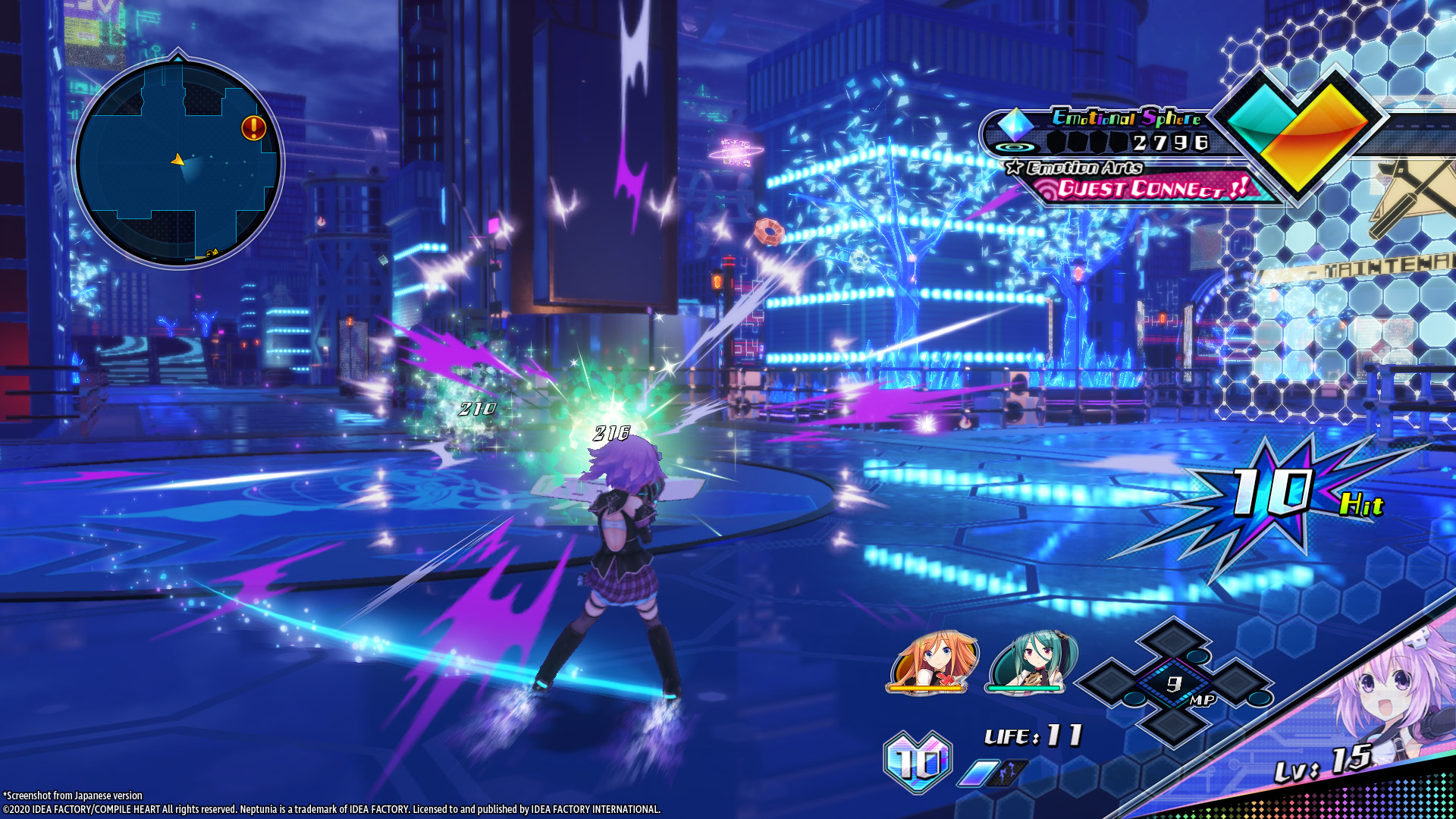 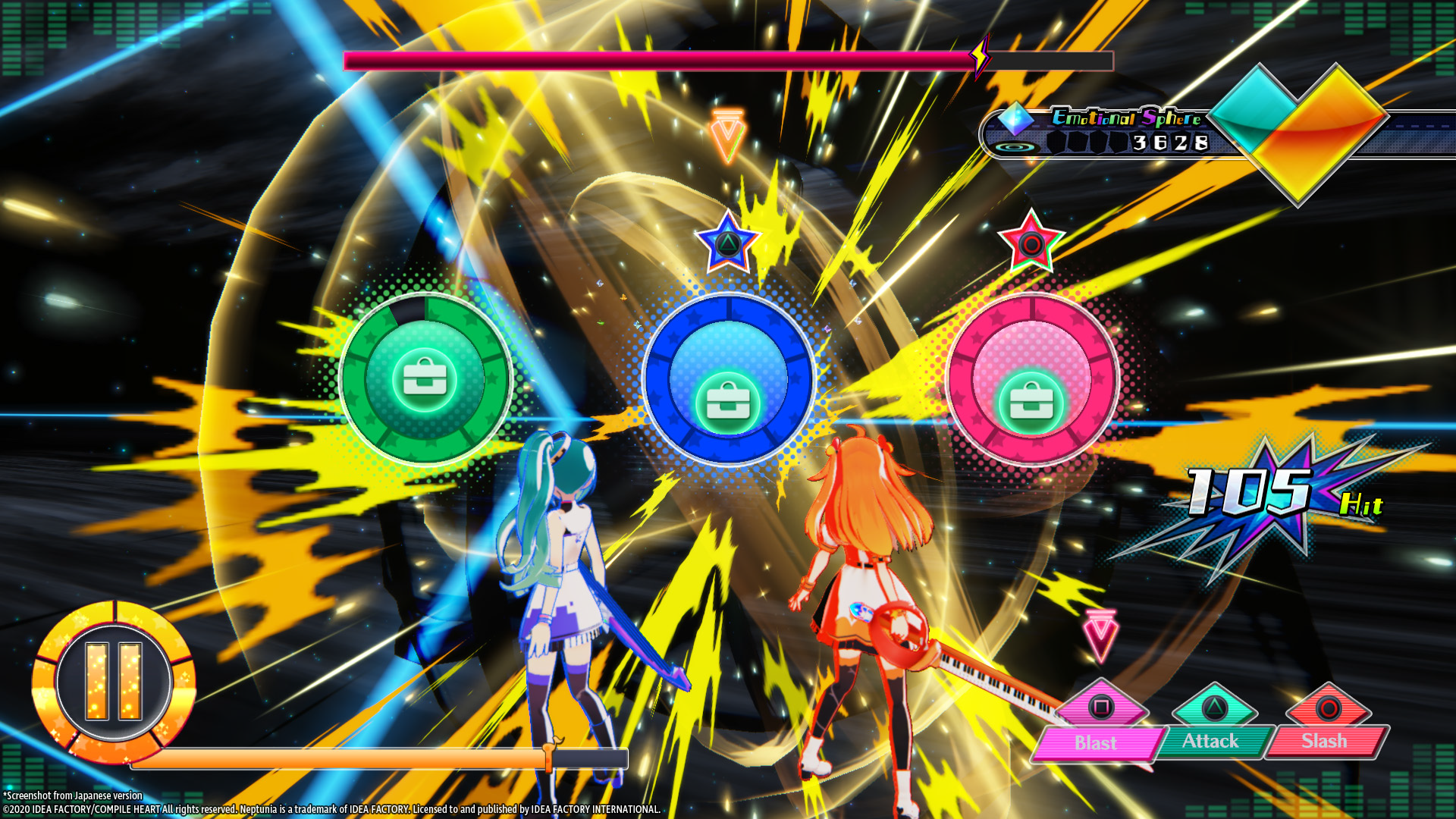 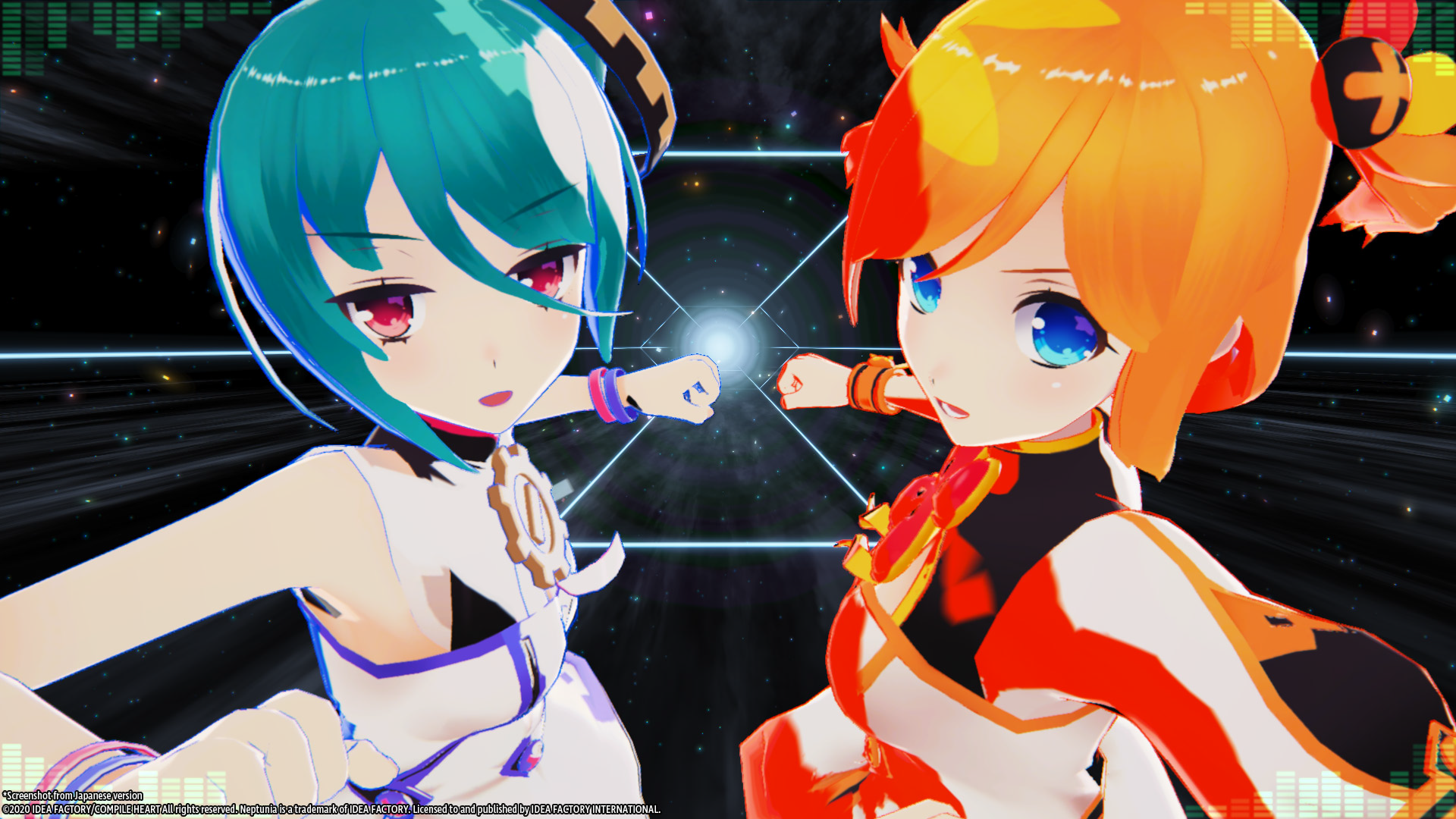