* Limited stock available!
* Dragon Star Varnir Trading Card out of stock and will NOT be included
* Includes reversible cover sleeve!

In a world where the bones of an ancient beast tower over the land...​​

The Knight Zephy is part of an order whose role is to hunt down witches – people seen as cursed beings for giving birth to dragons.​​

He is brutally mauled by a dragon on one mission, but as he gasps his last breath, two witches save him by feeding him dragon blood – a death-defying magical substance that also grants him new witch powers. ​​

Their fates now intertwined, Zephy reluctantly joins the witches against a slew of enemies: an Empire out to destroy his kind, ruthless dragon hunters, and a witch more powerful than any in existence.​​

Can they fight all this and save themselves, or will his new allies succumb to the dragon’s curse…? 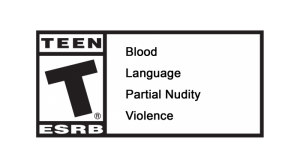